Overseas tours are always a special student experience. Our Guest Post recalls a tour to revolutionary Cuba just over a year after Fidel Castro’s forces took power – more than a half-century ago.

by Hazel Spence-Ogilvie  (Thanks to George Morris for the photos)

In March 1960, Professor Gabriel Coulthard and Dr Mervyn Alleyne of the Department of Modern Languages organised a tour of Cuba. The aim of this tour was to provide an opportunity for the students of Spanish to be exposed to the culture of an island where Spanish was spoken and to have an opportunity to practice speaking the language. However, since there was not enough interest in the tour from those studying Spanish, the tour was opened to students in other disciplines. (George Morris, a Chancellor Lion who was studying Natural Science and leading a Dancing & Gymnastics group on campus, was one of the add-ons)

About 35 students went on the tour. We travelled by bus to Montego Bay and then by Cubana  Airlines from Montego Bay to Santiago in the Oriente province.

March 1960  was only a few months after Fidel Castro had taken power in Cuba and “Castromania ” was rife among the Cuban youth. They were very friendly and gave us photos of Fidel Castro and  tried to woo us over to their political beliefs. They even taught us one of their songs. 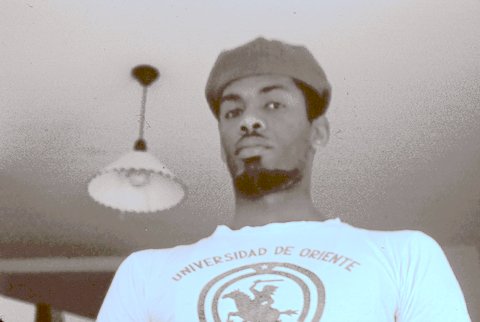 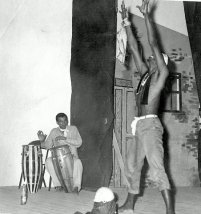 Students on tour in Cuba 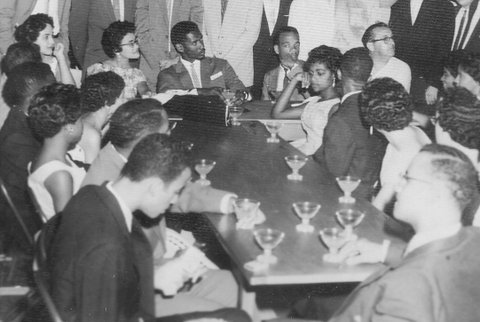 The Cuban government was very kind to us and we were given free accommodation in the Gran Hotel in downtown Santiago. We were taken on tours and shown the changes that had been made since the overthrow of the government of Fulgencio Batista.We saw ‘fincas’ – estates which had been seized by the Government and divided and distributed to small farmers. Several jeeps took us on a visit to the Sierra Maestra, the mountain range where Castro and his men hid during the Revolution and the Gran Piedra where they met.

Of course, we also visited bars and clubs, we went to dinners and some of the members of our group performed for the Cubans. George (Gemmie) Morris danced a version of ‘The Possessed’ to a drum solo by Ainsley O’Reilly.

Some members of our group attended Mass on Palm Sunday and were surprised to see some of the Cuban youth dancing with crosses after Mass. We also patronised the stores, which at that time were stocked with merchandise from the United States.

It was an enjoyable trip, except for the fact that the bus driver who came to pick us up in Montego Bay was inebriated and the bus crashed into the side of a mountain shortly after we passed over Flat Bridge. Fortunately, there were no serious injuries.